Not only will you enjoy great golf here, but Kendallville is located a short drive away from other world-class attractions in northeast Indiana. 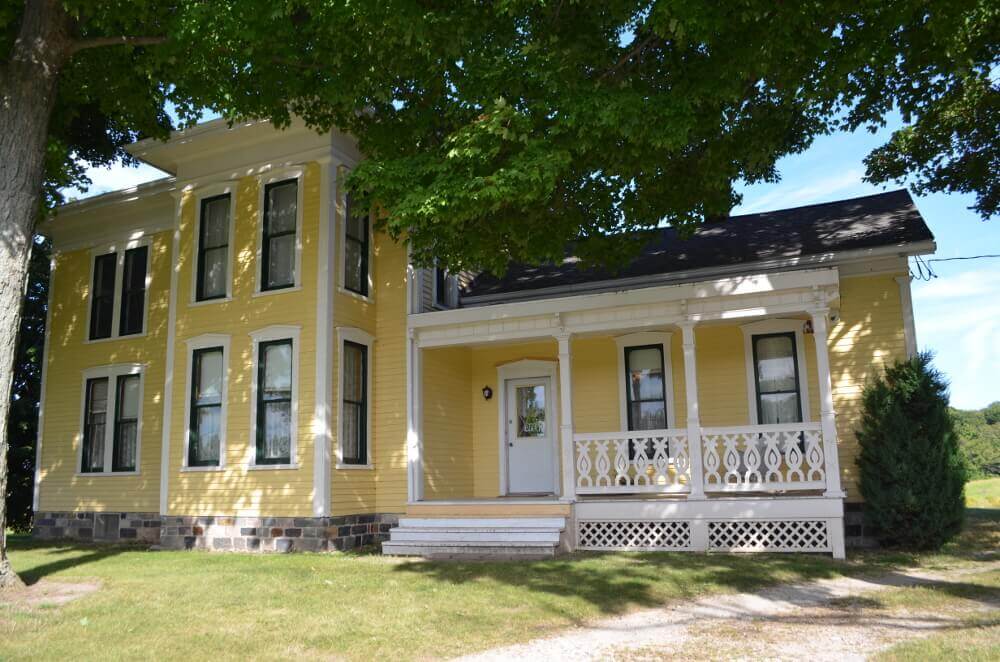 Entertainment
The Strand Theater offers first-run movies in two theaters in its restored 1890 building. It opened as the Spencer Opera House, brought vaudeville acts to Kendallville and hosted the 1892 funeral for respected citizen Capt. Hiram Iddings.

“Legends of Ligonier” Mural Tours”
Wander downtown Ligonier to discover the more than 30 historic murals depicting local history. Walk Main Street and see many historic mansions built by early Jewish pioneers. The 1889 temple on Main Street is one of only 19th century temples remaining in Indiana. The Ligonier Visitors Center & Heritage Station at Union and Cavin streets is open weekdays, May through October, for information.

Auburn-Garrett Drive-In Theater
Built in the 1950s during the early days of the drive-in theater boom, this April-to-September theater is the last of its kind in the area. The original small screen was replaced in the early 1970s with a much larger one. The parking capacity was expanded to 420 cars. Audio, once supplied by speakers on pedestals, is now supplies buy FM radio signal.

Wineries and Breweries
Country Heritage Winery & Vineyard, LaOtto: Tasting room, farmers market and gift shop on farm ground in the Lutter family for more than 100 years. Wine-and-canvas events and live music scheduled on most weekends. Open every day at 11 a.m.
LaOtto Brewing Co., LaOtto: Enjoy fine craft beers, favorite sandwiches, small plates and other fare in an enjoyable atmosphere. Open every day; kitchen closes at 9 p.m. except for Sunday at 8 p.m.
Sylvan Cellars, Rome City: The craft tasting room and event center is open every day in a restored historic and architecturally significant dairy barn, once a part of the Kneipp Springs complex. Owners Nate and Rachel Schermerhorn kept the barn’s rustic charm in the restorations and opened the event center in 2015.

Kendallville Apple Festival
This annual pioneer festival is held the first full weekend in October and is attended by thousands. This mid-1800s cultural festival showcases authentic pioneer arts, foods, antiques and music, with hundreds of vendors, performers and demonstrations. Parking is nearby, with shuttle service to the festival at the Noble County Fairgrounds.

Northern Indiana Bluegrass Festival
The Northern Indiana Bluegrass Association holds two festivals annually in Kendallville, on Memorial Day and Labor Day weekends. The festival draw hig-caliber bluegrass musicians and fans from all over the Midwest and the nation. Stage performances, workshops, jam sessions, and arts and crafts mean there is something for everyone. Many musicians and fans camp at the fairgrounds for the festival.

Noble County Museums
Mid-America Windmill Museum: 732 S. Allen Chapel Road, Kendallville. The museum, opened in 1998, is the only one east of the Mississippi River that honors the heritage and importance of wind power in developing the United States. The 30-acre museum houses a large collection of restored windmills and memorabilia. The museum is noted for its large Christmas light display in December, a tradition for many families. In 1900, about 75 windmill manufacturers were located within 150 miles of Kendallville. The leader, Flint & Walling Company, is still manufacturing water pumps at its original location in downtown Kendallville for more than 150 years.

Old Jail Museum: The repository for Noble County history and artifacts, located in the former county jail and sheriff’s residence in downtown Albion. Open May through September.

Luckey Hospital Museum: Wolf Lake. Diseases haven’t changed much over the decades, but medical treatments have. This former hospital is now a museum showcasing the history of medicine in Noble County. Dr. James E. Luckey built the hospital in 1929 in Wolf Lake as a state-of-the-art surgical center from 1930 to 1957. The museum has artifacts, restored surgery, delivery, emergency, pharmacy, and patient rooms, an operational iron lung, and large collections of nurses’ uniforms and obsolete medical equipment. Open April through October.

Ligonier Historical Society Museum, Ligonier: This museum is located in the 1889 Avath Shalom temple on Main Street, amid mansions built by Ligonier’s Jewish pioneers. The museum houses many artifacts of Ligonier’s diverse history. Get information at the Ligonier Visitors Center & Heritage Station a few blocks away, at Union and Cavin streets, from May through October.

Shipshewana
Take a step back in time in this friendly small town of Amish heritage. The third-largest Amish community in the United States is a short drive from Noble County. Shipshewana is home to the renowned Shipshewana Auction & Flea Market and many interesting shops for quilts, furniture, antiques, baked goods and items. Most shops are open year-round, but everything closes on Sundays.